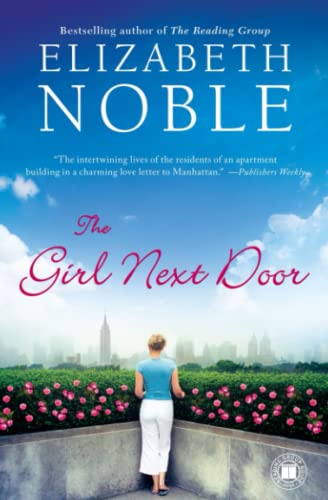 The Girl Next Door

Noble charts the intertwining lives of the residents of a New York City apartment building in her charming love letter to Manhattan. After banker Ed Gallagher's promotion necessitates a move from the U.K. to New York, he and his wife, Eve, are thrilled to find the perfect Upper East Side apartment, though Eve struggles to meet people until she befriends Violet Wallace, an 82-year-old fellow Englishwoman in her building who enchants her with the story of her path to Manhattan. Elsewhere in the building, shiftless trust fund baby Jackson Grayling III has fallen in love with Emily Mikanowski, a stunner living downstairs, while Emily's downstairs neighbor and friend, frumpy librarian Charlotte, works up the nerve to speak to Che, the Cuban doorman. And on the sixth floor, the Kramers and Schulmans, married couples with young children, struggle with two sets of very different marital problems. Noble ( ) presents her sprawling cast without neglecting them as characters or confusing the reader, and though she's got something of a wooden ear for her younger characters' dialogue, her handle on heartbreak and hopefulness is admirable.