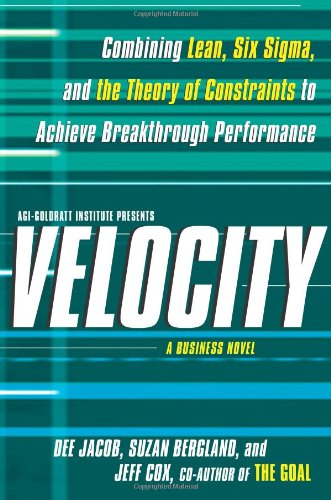 Cox ( ) and consultants Jacob and Bergland collaborate for this unholy marriage of business strategy and fiction. Amy Ceolara is distressed when it’s announced that her company, Hi-T Components, is becoming a subsidiary of the competitive corporate monster Winner Inc. For the flimsiest of reasons, Amy is named interim president and is responsible for turning the flailing company around through a mix of three quality management and improvement programs: (1) “Six Sigma,” which calls for reduction in variation and thus the elimination of errors and defects, (2) “Lean,” which produces a reduction in waste and (3) the “Theory of Constraints,” which claims that every system is made up of resources that each have varying limits, and the performance of the total system is constrained by whatever resource is the most limited. Though her team initially struggles, victory is eventually hers. Terrible puns (characters are named “Peter Winn” and “Dr. Viktor”) and frequent complimentary reference/product placement of the authors’ previous book team up with dry writing to create a truly stultifying experience.