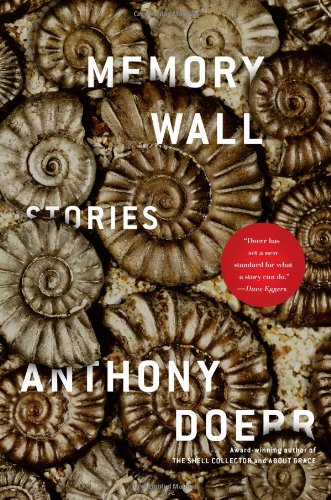 In multiple O. Henry Prize–winner Doerr's latest (after ), the presence and persistence of memory thematically binds stories set apart by vast distances of time and space. The title story finds a South African woman at the end of her life, taking part in a procedure that records her memories on cassettes; meanwhile, a pair of thieves rifles through the recordings, hoping to discover a secret her husband took to his grave. Bookending the collection is “Afterword,” about a woman in her final days whose seizures take her back to her youth in a Nazi-era Hamburg orphanage. In between are a couple of domestic stories, one about a village's impending erasure by flood, and another about a teenage orphan adapting to life with her grandfather. Doerr has an incredible sense of language and a skill for crafting beautiful phrases and apt metaphors, but he doesn't always connect with his characters, a shortcoming most obvious in the first-person pieces. For the bulk of the collection, though, Doerr's prose brings home the weight of his troubling thesis, that “every hour... an infinite number of memories disappear, whole glowing atlases dragged into graves.”