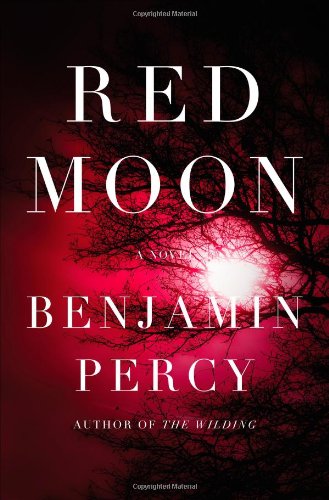 Reviewed by Stefan Dziemianowicz. Benjamin Percy’s extraordinary new supernatural thriller is a blend of alternate history and weird fiction that holds a mirror up to contemporary America to reflect its fears and biases.The novel opens with scenes that will resonate powerfully for anyone attuned to global events of the past decade: a father saying goodbye to his son before the father, a military reservist, deploys to a remote country where a fanatical sect holds sway, and an engineered terrorist attack that brings three jetliners down on American soil in a single day. In both instances, the antagonists are not jihadists, but lycans: lupine shapeshifters who have lived among regular humans since prehistoric times, and who in 21st-century America are a stigmatized subclass, forced to suppress their bestial nature pharmacologically. In quick succession, Percy introduces the characters who are the major players in his novel’s drama: teenager Patrick Gamble, the sole survivor of the airplane attacks; Claire Forrester, a teenage lycan on the run from government agents who killed her parents; Chase Williams, the opportunistic governor of Oregon (where most of the tale is set) who hopes to exploit fears engendered by the terrorist attack in his bid for the presidency; and Miriam, Claire’s aunt, who has defected from the lycan resistance movement (headed by her husband), which takes credit for the terrorist attacks. Patrick briefly falls in with a group of scary antilycan skinheads who call themselves “the Americans” before befriending Claire. Patrick’s father becomes a victim in the military occupation of the Lupine Republic, which is situated between Russia and Finland but is seemingly modeled on Iraq and Afghanistan. Chase becomes infected with the lobos prion that causes lycanthropy, and struggles to hide this from the public until a vaccine can be perfected. And the resistance, responding to increasingly inflammatory antilycan laws, plots ever more outrageous terrorist acts that escalate to an explosive denouement. Percy lends his novel’s events credibility by working out a convincing pathology and epidemiology for the lobos prion, and situating the lycan struggle at the center of historical moments that echo 20th-century eugenics experiments, the civil rights movement, the ’60s Days of Rage, and the current “war on terror,” whose rhetoric he adapts brilliantly to his story’s purposes. His precision-crafted prose conveys an astonishing amount of detail in as few words as necessary, as in this description of Claire’s lupine transformation: “Her bones stretch and bend and pop, and she yowls in pain, as if she is giving birth, one body coming out of another.” The confidence and assuredness with which Percy tells his story compel him to take some risks that pay off in a shocker of a finale that follows through audaciously on the possibilities of his tale’s premise. By tapping the zeitgeist of the contemporary sociopolitical climate and distilling it into a potent myth concerned with the tyranny of the majority and the demonization of the Other, he has written an ambitious, epic novel that deserves to reach a larger readership beyond genre audiences. Stefan Dziemianowicz is co-editor of Supernatural Literature of the World: An Encyclopedia.
close
Details