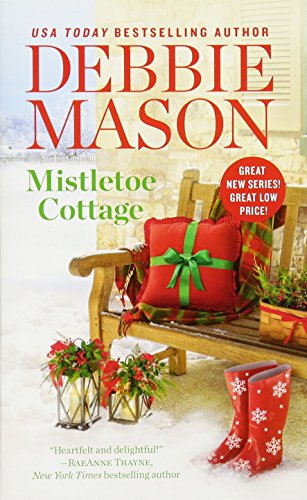 A Christmas-themed second-chance-at-love story kicks off Mason’s Harmony Harbor series, set in small-town Massachusetts. Sophie DiRossi returns home from Los Angeles beaten down by life. Her daughter, Mia, is her only joy. Unfortunately, a recent fire rendered Mia mute; she is also angry with her mother, who has been lying to the residents of Harmony Harbor about Mia’s age. Sophie fears that if the wealthy Gallaghers knew Mia was the progeny of their son, Michael, they would want custody. Colleen Gallagher knows the truth, and she has only good intentions when she hires Sophie as manager of Greystone Manor, the Gallagher family’s rundown hotel. Soon romance flares between feisty Sophie and Michael’s cousin, Liam, a firefighter who, like Mia, is struggling with PTSD. A surprising twist involving Mia’s conception serves the plot but throws a bit of a cold-water shock on the otherwise sweet and PG-13 story. Part of the fun of reading further books in Mason’s series will be watching Colleen meddle some more. [em]Agent: Pamela Harty, Knight Agency. (Nov.) [/em]

This review has been corrected; an earlier version referred to the character Michael as Liam's brother rather than his cousin.