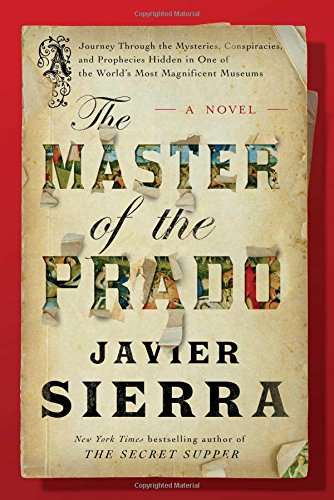 The Master of the Prado

With the help of a mysterious mentor, paranormal-phenomena enthusiast Sierra views the Prado’s most ethereal works in a new light in this novel, which reads like a memoir, includes footnotes like a textbook, and features color reproductions worthy of a museum guide. Narrator/protagonist Sierra recalls days as a student in 1990s Madrid: attending journalism classes, writing about the supernatural, and spending off-hours in the Prado, where elegant, elderly Luis Fovel suddenly appears and engages Sierra in a series of conversations about hidden meanings in paintings by Raphael, Botticelli, Bosch, El Greco, and, of course, da Vinci, among others. Fovel teaches Sierra to look at art with the understanding that certain artists not only conveyed the sometimes-heretical beliefs of their time through icons and symbols, they also created concealed portals into the mystical unknown. The first masterpiece illuminated this way is Raphael’s The Holy Family (aka The Pearl); Fovel explores disputed identities of the two boys depicted. At the Escorial library, Sierra consults once-banned texts that elucidate the arcane canon of the Prado’s artwork. From 15th-century Amadeo of Portugal to Italian movie star Lucia Bosè, Sierra (The Secret Supper) unearths knowledge about unearthly connections, even after Fovel’s longtime foe threatens harm. With too many loose ends to be as thrilling as The Da Vinci Code, too many disconnected details to be as evocative as The Name of the Rose, and too-little plot to be as cohesive as either, Sierra’s novel nevertheless succeeds as a personal, peculiarly Spanish, affirmation of the plausibility of the implausible. (Nov.)
close
Details