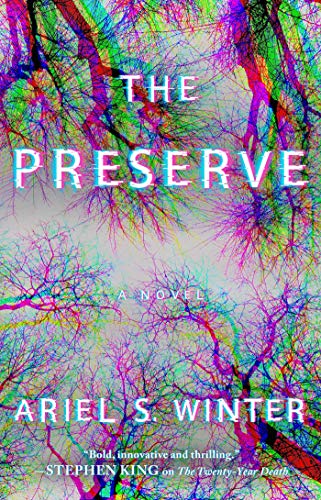 A murder mystery in a world ruled by robots drives the plot of this entertaining if overstuffed near-future dystopian tale from Winter (Barren Cove). Humans are granted Preserves to rebuild their society without the presence of robots. Police Chief Jesse Laughton leaves a high-stakes job in the Baltimore PD for a quiet life on the SoCal Preserve. But then a member of the fledgling community is murdered. When the murder within the Preserve is linked to a series of robot murders on the outside, Jesse’s former partner, a robot named Kir, comes to help Jesse crack the case. If Jesse and Kir can’t find the killer, the robots will consider the Preserves a failed experiment and invade. Winter bites off more than he can chew thematically, leaving little space to explore the implications of the myriad issues he raises. Allusions to America’s history and how it led to the novel’s present and the implications of humanity going extinct while the robots they created thrive jockey for space with the relationship development between Jesse and Kir and the fun, twisty mystery. Though this is an enjoyable yarn, it doesn’t satisfy its own ambitions. Agent: Chelsea Lindman, Sanford J. Greenburger Assoc. (Nov.)

We Dream of Gods
We Dream of Gods
Devin Madson
The religious, political, and personal conflict between the Chiltaens, the Kisians, and the Levanti comes to an epic close in Madson’s masterful final Reborn Empire fantasy Continue reading »