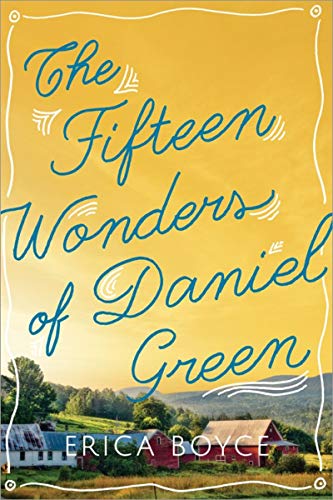 The Fifteen Wonders of Daniel Green

Boyce’s debut is a dexterous blend of love, loss, work, and fortitude. The fanciful endeavor of creating crop circles is taken seriously by such “circlers” as Daniel Green, whose interest in them was sparked while in summer camp during his last year in high school. Seven years later, he has honed his craft of designing and producing the mysterious circles for farmers, who enlist the circlers to bring attention to their town. This is the nature of the request from Sam, who has cancer and has little time left, and his wife, Molly, in Munsen, Vt. Sam wishes to encourage his son, Charlie, to return to Vermont and take over the farm, but Charlie has become a doctor, moved to San Francisco, and has essentially become estranged from Sam. Sam’s daughter, Nessa, who has always loved working the land, returns from a year-long mushroom-hunting diversion in California, where she was able to be near her brother. Nessa meets Daniel, and the two find enough comfort and romantic potential in each other’s presence to take a road trip to visit Charlie and tell him about Sam’s health; the story simultaneously builds toward whether Daniel will complete the crop design. The process of making crop circles is intricately described, with circlers reveling in moments when their work is viewed, evoking “the perfect laugh, pure and clear.” This is a thoughtful, appealing novel about life’s endings and beginnings. Agent: Eric Smith, P.S. Literary. (Apr.)
close
Details