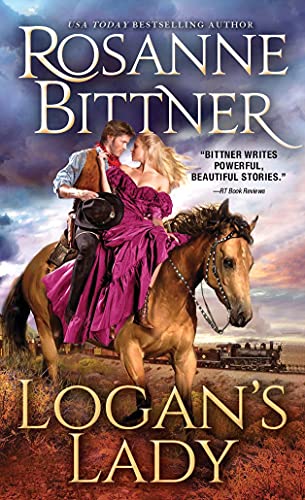 Bittner (The Last Outlaw) beautifully evokes the beauty and hardships of life in the late-19th-century American West as a British aristocrat falls for a hardened bounty hunter in this spellbinding historical. Lady Elizabeth Baylor and her brother, William, travel across the Atlantic with plans to settle in Denver, Colo. They are befriended by Sir Robert Alexander during the crossing, and after William falls overboard and drowns, Robert agrees to accompany Elizabeth to Denver. En route, Elizabeth learns that Robert has entrusted someone else with her jewels and money, and he tries to rape her. She shoots him and is left to fend for herself in Abilene, Kans., where the sheriff arrests her for Robert’s murder. Logan Best, a handsome, well-known bounty hunter, is searching for Robert, and when he learns Elizabeth’s story, he convinces the sheriff to release her, certain that she acted in self-defense. Elizabeth hires Logan to help track down her valuables, and insists on accompanying him. The witty banter between Logan and Elizabeth adds allure to their relationship, and as she adapts to life on the trail, he admires her beauty and tenacity. Bittner makes an implausible premise feel absolutely real, showing how two very different characters can make compromises and find love. Fast-paced, touching, and sensual, this historical is not to be missed. Agent: Maura Kye-Casella, Don Congdon Assoc. (Apr.)
close
Details