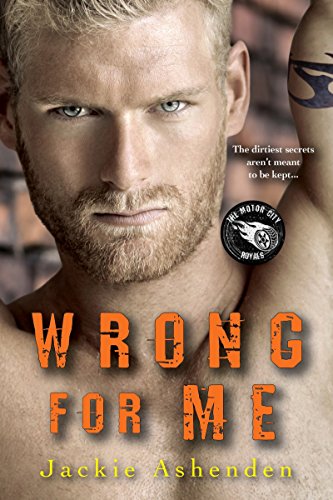 Ashenden fumbles the balance on her second Motor City Royals erotic contemporary (after Dirty for Me), set in Detroit. Rachel Hamilton and Levi Rush were best friends before Levi spent eight years in prison for manslaughter; they’re not sure how to be friends again now that he’s out, since Rachel never visited him. Sexual tension drips off the interactions between them, but they don’t act on their lust until Levi blackmails Rachel into playing out his fantasy of what their life could have been like if he’d never gone to prison. Readers may find this to be a very uncomfortable underpinning for the characters’ relationship, especially given their asymmetrical power dynamic in bed. Rachel and Levi both learn and grow from first mimicking a romance and then building a real one, but they don’t overcome the sketchy nature of the blackmail, which makes the happy ending feel disappointingly unearned. The story is compelling despite its flaws, and Ashenden’s fans will find plenty to enjoy and have higher hopes for future installments, but readers new to the series should start elsewhere. (Dec.)

This review has been corrected to fix a misspelling in the author's name.