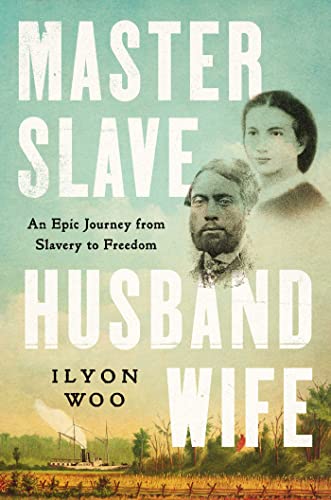 Woo (The Great Divorce) seamlessly knits together an in-depth portrait of antebellum America and a thrilling account of an enslaved couple’s escape to freedom. In 1848, William and Ellen Craft, a dark-skinned cabinet maker and his wife, a light-skinned maid owned by her half-sister, escaped from Macon, Ga., to Philadelphia by hiding in plain sight. Ellen disguised herself as a young and wealthy, yet sickly, white gentleman, while William posed as her servant. Traveling more than 1,000 miles in four days on steamships, carriages, and trains, the couple experienced close calls (William’s employer searched their train before it left Macon, but did not recognize Ellen in her disguise and ran out of time before reaching William in the “Negro car”) and amusing ironies (two young women accompanying their elderly father swooned over Ellen). After the Crafts reached New England and joined the abolitionist lecture circuit, their former enslavers tried to reclaim them through the Fugitive Slave Act of 1850, but the couple fled to Canada and then England. Throughout, Woo expertly portrays the gruesome details of slave auctions; the rigors of the antislavery lecture circuit, where protestors subjected speakers to the “abolitionist baptism” of “rotten eggs and fist-sized stones”; and the exploits of antislavery activists including William Still and Mifflin Wistar Gibbs. This novelistic history soars. Agent: Julie Barer, the Book Group. (Jan.)

Correction: An earlier version of this review incorrectly identified the author as a historian.