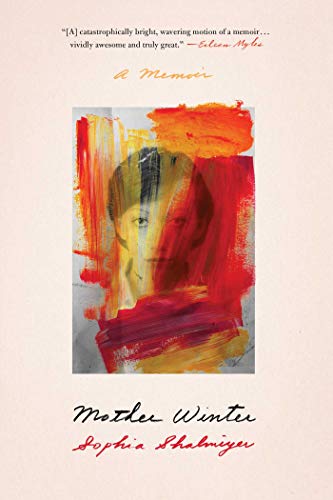 In this bold if uneven memoir, Shalmiyev, former nonfiction editor for the Portland Review, writes of being a motherless Russian immigrant, addressing the woman who “left me for the bottle long before my father took me away to America.” Stitching together lyrical essays, fragmented narratives, and critical commentary, she reflects on “Elena. Mother. Mama,” whose absence led her to seek “surrogate mothers for myself: feminists, writers, activists, painters, ballbusters.” Loosely linear with discursive asides, Shalmiyev shares memories of her mother’s drunken promiscuity, her own neglected childhood raised by an enigmatic father, and their emigration from Leningrad to New York in 1990. After her arrival in America at age 11, the narrative becomes more chronological and focused. Shalmiyev describes her college years in Seattle as a sex worker; a fruitless trip to Russia to find Elena; and her subsequent marriage, miscarriage, and role as mother; she intersperses these accounts with musings on art, feminism, Russian history, and the work of Pauline Réage, Anaïs Nin, and Susan Sontag (whose son was raised by his father, “purposefully, unlike my mom, so that she can think clearly and write”). Shalmiyev’s prose can be brilliant, but at times overreaches (“Father never got wintery feet” instead of, simply, cold feet), and the book’s ragged continuity stalls any momentum. This ambitious contemplation on a child’s unreciprocated love for her mother trips over its own story, resulting in an ambiguous, unresolved work. Agent: Jamie Carr, WME. [em](Feb.) [/em]
close
Details