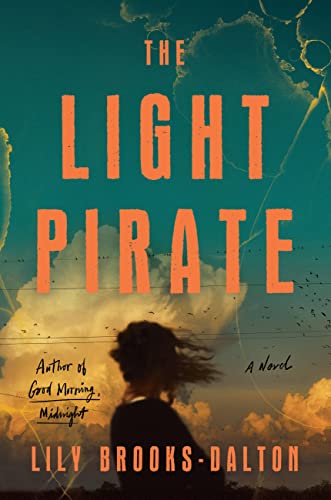 Brooks-Dalton (Good Morning, Midnight) tells the gripping if underdeveloped story of a Florida family devastated by a hurricane, with hints of magic and a transformed landscape as the timeline stretches into the near future. Kirby Lowe, a divorced electrical lineman on call to make storm damage repairs, shares custody of his two unruly sons, Lucas, 12, and Flip, eight, while his pregnant second wife, Frida, has a premonition about Wanda, the coming hurricane. During the storm, Frida gives birth, names their daughter after the hurricane, then dies shortly after Kirby returns. Flip also perished in the storm, and a neighbor, a retired teacher named Phyllis, takes baby Wanda under her wing. Later, after Wanda starts school and learns biology from Phyllis, she discovers a magical ability: when she touches the ocean’s water, she attracts bioluminescence. Meanwhile, Lucas joins Kirby on line duty as they make repairs after lesser storms and wait for the next big one. Murmurs abound on the compromised Hoover Dike, which, if damaged by another major storm, could unleash catastrophic flooding from Lake Okeechobee. By the end, Brooks-Dalton’s vision for what might be includes a radically changed state of Florida. Though the magical elements are unexplained and extraneous, the author sustains a steady pace from one storm to the next. Climate fiction aficionados will eat this up. (Dec.)
close
Details