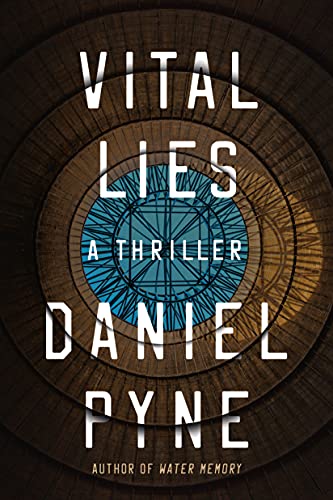 In Pyne’s outstanding sequel to 2021’s Water Memory, 50-year-old Aubrey Sentro, a former CIA agent, joins the hunt for Günter Witt, a former Stasi agent who has resurfaced. In 1989, Sentro, then 18, was posted to Berlin, where she was tasked with infiltrating the East German secret service. After blowing her cover to protect other American agents, she was arrested, taken to jail, drugged, and tortured. Witt was her chief tormentor. She subsequently lost much of her memory of her 11 months as a captive. Meanwhile, in the present, ex-Basque separatist Xavi Beya and his wife and children are captured by two terrorists, Yusupov, a Chechen, and Mercedes Izquierdo, a Cuban. To protect his family, Beya is forced to commit terrorist acts. Yusupov and Izquierdo’s subsequent attack on Sentro’s home in the New Mexico desert, in which Sentro’s hired hand and lover is killed, causes her daughter, Jenny Troon, to become involved in Sentro’s return to the spy world. Sentro has serious skills, but her fragile mental state leaves her always on the edge of disaster. Pyne keeps the pages racing by. This gripping cinematic thriller will leave readers transfixed. Agent: Victoria Sanders, Victoria Sanders & Assoc. (Feb.)
close
Details

A History of Fear
A History of Fear
Luke Dumas
Did the devil really make him do it? That question haunts Dumas’s stellar debut, a complex whydunit. American Grayson Hale, a University of Edinburgh postgraduate student, has Continue reading »
chevron_right