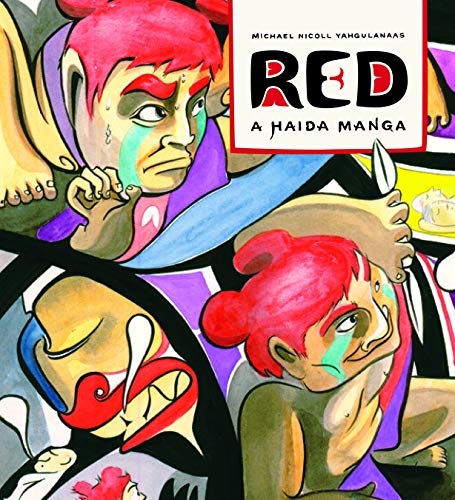 The work of an artist from the indigenous people of the North Pacific Canadian islands of Haida Gwaii, this “Haida manga” intriguingly blends graphic storytelling with a fine art sensibility. The narrative involves the title character's loss of his sister to a party of raiders and the boy's vow to someday find and rescue her, a goal he puts into effect upon becoming the leader of his people. His quest for vengeance results in a series of tragic events that author Yahmagulanaas communicates via an arresting series of images evoking the traditional visual arts of the Haida people. Designed so its pages can be torn out (provided the reader has two copies) and arranged according to a provided layout, the separate pages combine to form a stunning tapestry; when the layout is followed and the book is seen as a cohesive piece of visual art, the story does not fall prey to moments of confusing storytelling that occur when read as a page-by-page work, and the legendary feel of the piece shines through. A unique work with appeal both for those looking for something different in graphic novels, and for those with an interest in the expression of contemporary Native American culture.