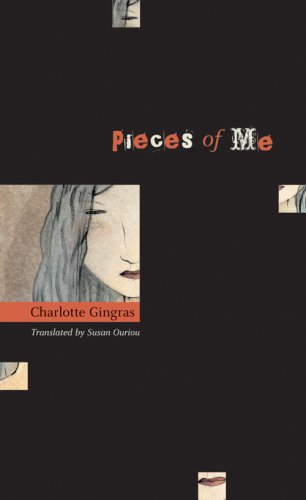 In Gringas's delicately told story, which won the Governor General's Literary Award when it was first published in French, 14-year-old loner Mira feels isolated living in her basement apartment with her suffocating, off-kilter mother (“I feel like I've got a leather collar around my neck and that, every once in a while, she gives a tug on the leash”). Narrating in spare first-person vignettes, Mira ponders her largely absent father, her developing body and her drawing talent. Generally friendless, she finds companionship with a new girl at school, Cath, who shares her passions, but that friendship is tested when Cath charms a young man they are both drawn to. And when Mira faces the sudden loss of her father in a plane accident, she temporarily focuses her misplaced desire on her art teacher. Although the use of bird symbolism (flight as freedom; broken wings as sadness) can be heavy-handed, the story's core appeal lies in its accessible and lyric portrayal of an uncommon girl who comes of age facing her burdens with grace. Ages 12–up.