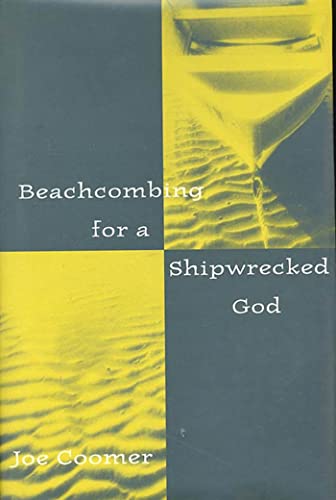 Beachcombing for a Shipwrecked God

Despite its sparkling humor and madcap moments, this introspective, lyrical work is quite a change of pace from the raucous absurdities of The Loop, Coomer's last novel. But, however different the tone, the dominant theme is still the need to make sense of the past through found artifacts and recovered memories. In The Loop, the protagonist searched for his lost antecedents among highway wreckage and in the memories of his parrot's former owners. Here, narrator Charlotte, an archeologist, digs up 300-year-old Colonial garbage in Portsmouth, N.H., to unlock the secrets of the past while vainly trying to escape the detritus of her own life. At the same time, Grace, her septuagenarian landlady/boatmate aboard the yacht on which Charlotte rents living space, loses her own history through a stroke. It becomes up to Charlotte and her pregnant cabinmate, Chloe, to take Grace literally on a journey through the ocean of memory to regain her true self. Although she exhibits far more interest in things mechanical than most women, Charlotte's voice is convincing. So is that of Grace, who ``was old, forgetful and blue-headed, but she could still stick a pin through you as if you were a bug.'' But Chloe, though well-drawn, is unnaturally wise and well-spoken for a 17-year-old lobsterman's daughter. That minor bobble aside, Coomer meticulously evokes the sights, sounds and flavors of New England and the north Atlantic coast in prose that at its best courses with the sonorous majesty of the tides. (May)
close
Details