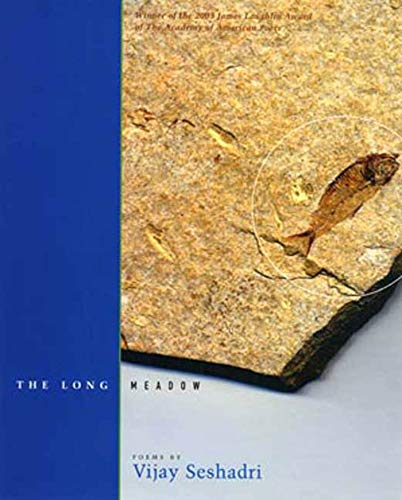 Following the emotional subtlety and lyrical intensity of his widely-acclaimed debut, , Seshadri's new work engages sentimental and grandiose forms of fable and popular characterization. In several poems imbued with nursery rhyme, fantasy, fairy tale and cartoon, Seshadri takes on well-worn cultural icons: the Wicked Witch, the Three Little Pigs and Superman, to name a few. The poems generally lack the kind of fresh perspective found, say, in Anne Sexton's retellings of fairy tales. Here, Superman is bound by simple, inescapable duty (not to mention an ironclad rhyme scheme): "I can't stay away./ I have to fly down/ to watch them pray,// to watch them couple,/ to watch them fight,/ exposing myself/ to their kryptonite." Elsewhere, Seshadri relies on gimmicky forms (the "Interview," the "Lecture") to structure voice-driven poems: "Moving on to the next slide, / we can see, twisted and deliberately coarsened as it is,/ the exact same theme…" An extended section of prose memoir switches gears, using his father's obsession with the Civil War ( and the family's long road trips to famous battle sites) to evoke the complexities of the immigrant experience (Seshadri's own family came from Bangalore to the Midwest) as well as the intricacies of family relations. Particularly poignant is the son's fierce protectiveness of the father: "The passage to America had, happily for him, thrown him free, but it had also stripped him down to his naked soul. Almost to this day, like the sons of Noah, I have longed to walk backward and cover up the nakedness, the drunkenness of his intellectual obsessions, his naked, unheard-of obsessions…" This character is the most real of the book.