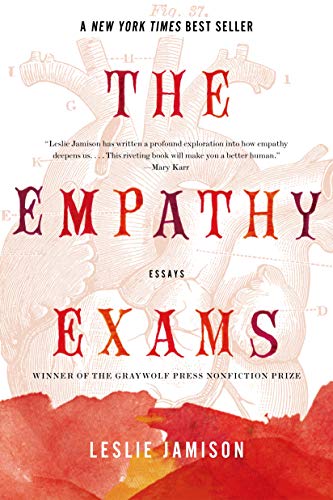 Novelist Jamison’s (The Gin Closet) first collection of essays, winner of the Graywolf Press Nonfiction Prize, is a heady and unsparing examination of pain and how it allows us to understand others, and ourselves. Whether she’s playacting symptoms for medical students as a medical actor, learning about the controversial Morgellons disease (delusional parasitosis), or following ultramarathoners through the rugged Tennessee mountains, Jamison is ever-probing and always sensitive. Reporting is never the point; instead, her observations of people, reality TV, music, film, and literature serve as a starting point for unconventional metaphysical inquiries into poverty tourism, prison time, random acts of violence, abortion, HBO’s Girls, bad romance, and stereotypes of the damaged woman artist. She focuses on physical and emotional wounds because, as she writes, “discomfort is the point. Friction arises from an asymmetry.” For Jamison, that friction shatters the clichés about suffering that create distance between people, resulting in a more honest—and empathetic—way of seeing. Agent: Jin Auh, Wylie Agency. (Apr.)
close
Details