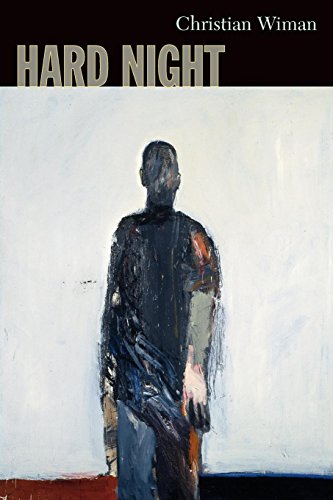 Known as the active, controversial editor of magazine (a post he assumed in 2003), Wiman is also a maker of careful, accomplished verse in his own right; this sophomore effort shows his strengths in a West Coast tradition of clarity, brevity, short lines and direct statement, a tradition whose representatives include W.S. DiPiero, Thom Gunn and Yvor Winters. Some lyric works remember freighted moments: " ," you said./ A shiver pricked your spine./ The falcon turned its head/ and locked its eyes on mine." Others focus on landscapes, bringing a terse intensity to each scene. A three-part elegy describes the poet's dying father; the best short poem in the book, "Reading Herodotus," gets exceptional weight from its authoritative argument. Most of the book consists of three longer poems. "Sweet Nothing" concerns an upstairs neighbor in San Francisco; "The Ice Storm" (no relation to the novel or film of that name) follows an elderly couple and their memories to the very end of their lives. As if to mock his own outlook, Wiman ( ) concludes with a disquieting 23-part poem called "Being Serious," an abbreviated verse-biography (from womb to afterlife) for a prematurely jaded, frequently frustrated man called Serious.