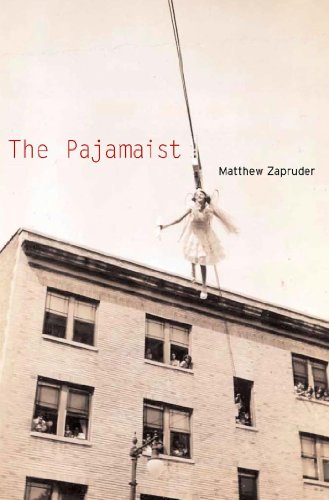 Charming, melancholy, hip and at times hopeful, the 21 poems of Zapruder's second collection take on personal subjects and meditate on life in cities and towns, friendship, love and the nature of poetry itself. In surprising, often lengthy narratives, Zapruder (founding editor of Verse Press, now Wave Books, and author of , 2002) makes huge associative jumps, interjects playful imagery ("I love / baseball, it makes me angry / and hopeful for justice") and offers unlikely characterizations of places and ideas: "Go, Jerry, soon you will be / in Canada where / Neil Young was born." "There Is a Light" pays tribute to the venerable institution of the New York City bodega ("in silence you have been here / forever since 1993"), and the sequence "Twenty Poems for Noelle" attempts to console a grieving friend. The title poem, a several-page piece in prose, outlines an imaginary novel about a pajama-wearing man who takes other people's suffering on in their stead. "Water Street" recounts the experience of being the poet-in-residence at the home of the late Ouija board–wielding poet James Merrill. Most moving is a longish poem that portrays Zapruder's hometown of Brooklyn, with its "row of dented Sundays."