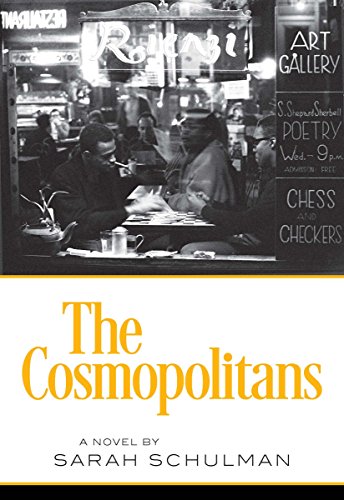 With a plot and characters inspired by Balzac’s Cousin Bette, the latest from novelist and nonfiction writer Schulman (After Delores) is intended in part as a feminist response to James Baldwin’s Another Country. Like its realist forebears, the novel offers a rich evocation of its time and place—in this case, Greenwich Village in 1958. Earl, a gay, black aspiring actor, and Bette, a straight, white secretary at an ad agency, have been neighbors and best friends for years, creating a relationship out of shared loneliness (whether it’s the result of their race, gender, or sexuality), one that for Bette, at least, seems fulfilling. But the unexpected arrival of Bette’s vivacious young cousin Hortense offers Bette an unpleasant reminder of the scandalous past that caused her to flee her Midwestern upbringing decades earlier. Earl, who longs for a kind of love that Bette just can’t provide, seizes an opportunity presented by Hortense, also an aspiring actor, setting in motion a series of betrayals that drive a wedge between Bette and him for the first time. Simultaneously a realist exploration of a particular milieu, an illustration of the changing roles and possibilities for women at that time, and a series of thoughtful musings on the nature of companionship and platonic love, Earl and Bette’s story is also a satisfying revenge narrative and a portrait of an unexpected but vital friendship. Agent: Mitchell Waters, Curtis Brown. (Mar.)
close
Details