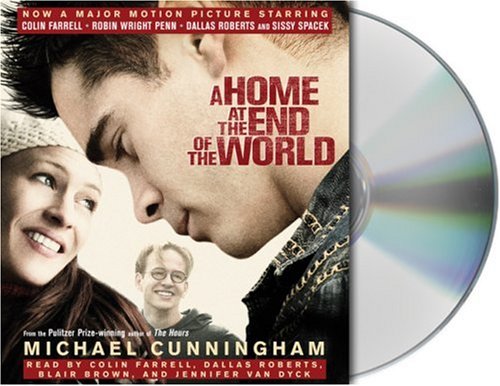 A HOME AT THE END OF THE WORLD

Two very different boys are drawn together by their oppressive home lives and by a connection that is both brotherly and sexual in this superb audio adaptation of Cunningham's vivid coming-of-age tale. Clevelanders Bobby Morrow and Jonathan Glover become childhood friends in the 1960s, and their friendship persists well into the '80s, when first Jonathan and then Bobby moves to New York City. There they meet aging hippie Clare, who imposes her own needs upon the two men. Clare, read with unflappable clarity by Van Dyck, attempts to build a normal life for herself using Bobby to become pregnant and Jonathan as emotional support. But as Jonathan's perceptive mother, Alice, warns her son, the unusual family they're creating won't last. Actors Farrell and Roberts—who play Bobby and Jonathan respectively in the Warner Brothers motion picture—fill the same roles here, and both deliver moving, understated performances. Although some listeners will wish they could soak up this absorbing story all in one sitting, the narrators' well-paced readings force the listener to sit back and appreciate the intricacy and skill of Cunningham's exquisite prose.