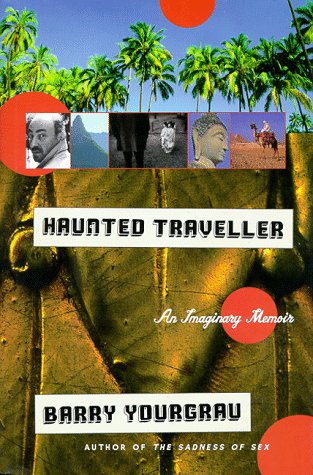 With the wild humor and fertile imagination that he brought to his previous books (The Sadness of Sex; A Man Jumps Out of an Airplane), Yourgrau offers a dazzling invention that delights and challenges, an imaginary travel memoir whose nameless narrator undergoes outlandish, nightmarish escapades in variegated, unnamed locales and psychic landscapes. Shuttling fluidly from Kafkaesque fable to ghost story to surrealist situation, from romantic farce to extravagant fantasy, the quirky tales that make up this fragmentary, somnambulist narrative often defy easy categorization. In the eerily beautiful ""Visit,"" the narrator, while a guest at his estranged brother's suburban home, stumbles onto a vast subterranean lake, a ghostly realm known only to his niece and nephew, and frequented by his dead parents. In ""Clouds,"" a dark satire on art's redemptive power, the decapitated narrator wanders into a dreamscape: first a costume party where he's suddenly the most desirable guest, then an encounter with a picnicking bear whose childlike demand to be told a story at last comforts the headless man. Metaphysical conundrums abound as our hapless traveler encounters trick-playing natives, grave-robbers, waterfalls that change location, cross-dressing female partisans disguised as seamen to smuggle illegal arms. In ""Netting,"" the wayward narrator is forced to hear a wasted man's deathbed confessions, a litany of squalid losses that turns out to be the narrator's own life story. Although too many of the pieces are anecdotal, repetitious or turn on pat devices, the ""memoir"" overall urgently speaks to the anxieties, loneliness, wonder and strangeness of travel, which serves as a metaphor for the human condition. This enjoyable, weird excursion poignantly evokes the universal plight of the traveler for whom everywhere--and nowhere--is home. (May) FYI: The Sadness of Sex was recently adapted into a movie in which Yourgrau stars.
close
Details