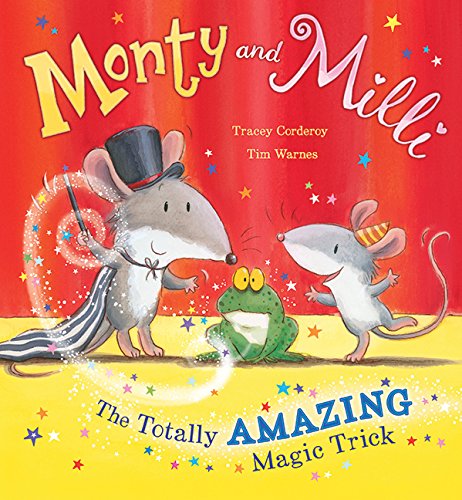 This winsome story starring mouse siblings addresses a familiar subject: copying. Much to his chagrin, Monty’s devoted younger sister, Milli, mimics whatever he does. When Monty receives a magic set for his birthday, he’s thrilled that it contains only one wand, cape, and hat, and he informs Milli, “it’s meant for just one.” A few unsuccessful magic tricks later, however, he relents and agrees to let her be his assistant. “But no taking over.” This proves impossible for Milli, and after she messes up Monty’s magic set, he shouts, “I wish you’d turn into a warty toad and then disappear!” Later, when Milli can’t be found, Monty fears that his wish has come true. Corderoy’s (Oh, Dylan!) storytelling has just enough gentle humor to keep it from feeling overly saccharine or earnest—especially in the book’s unexpected final scene, which suggests that although Monty didn’t really make Milli disappear, he may have some magical talent after all. Full of homey details, Warnes’s (Icky Little Duckling) friendly scenes of domestic drama accentuate the siblings’ high energy, changeable emotions, and mutual affection. Ages 3–7. (June)
close
Details