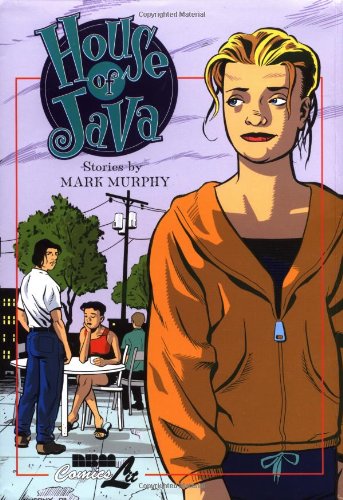 In his second volume of short stories, Murphy () joins Jaime Hernandez and Adrienne Tomine as a comics writer who refuses to shy away from complex female characters. Murphy's talent lies in his ability to highlight the complexities and weaknesses of men and women. Interspersing comic short stories with longer, more introspective narratives, his work is like a mini–film festival, offering a series of well-told tales that readers will savor to the last detail. "Tide Pools" is a heartbreaking story about a college student's encounter with a local smalltown girl who yearns for something more but lacks the courage to leave. In the poignant story "Steven," the female narrator asks, "Why does it have to be such a dis to like a guy but not love him?" when she's forced to decline the affections of a friend who confesses his love for her. "The Burial" is a haunting story of a man returning home to find solace during a divorce only to uncover a terrible secret and perhaps the key to his own redemption. Murphy varies the stories' visual tone, using the thin lines and white background of a daily comic strip for the funny stories, and heavily inked lines and black shadows for the more dramatic stories. He also includes two stories from "The Paper Route," a comic about a boy and his neighborhood adventures along the route. Geared toward a younger audience, the strip reminds readers of the pure and innocent fun that comics can provide.