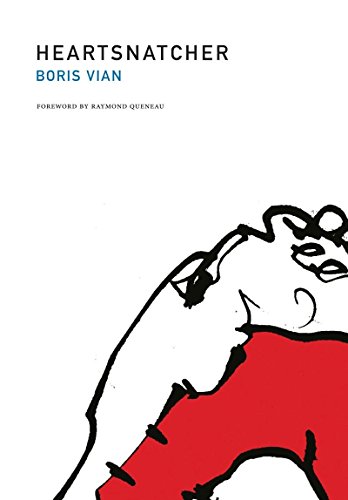 The last novel Vian completed before his death in 1959, this whimsical, absurdist sendup of human foible takes place in a village where old people are auctioned off like slaves, villagers stone the vicar to produce rain and stallions are crucified for "falling into sin." The novel opens with willful Clementine deep in the throes of labor and furious about it. With her husband, Angel, locked in his room (from the outside), Clementine is rescued by Timortis, a traveling psychoanalyst, who helps her deliver triplets. Timortis befriends the browbeaten Angel (Clementine vows never to have sex with him again) and decides to stay on at the house. As a stranger to the country, he provides a window onto its bizarre customs—it is possible to pay someone to take on another person's shame, for example—even as he trolls the village looking for people to psychoanalyze. As the "heartsnatcher" of the title, Timortis has no feelings or desires of his own and embarks on a futile, hysterical quest for patients so he can "steal their feelings." His sole subject is a maid who thinks psychoanalysis is a euphemism for sex; she's happy to take off her clothes, but she refuses to talk about her feelings. The episodic, meandering narrative wanders from incident to incident, until Angel leaves Clementine, and she takes up child-rearing with unbridled abandon. Vian's sharp, playful humor makes for an entertaining read, although there are extended flat stretches. While the allegorical conceits may be something of an acquired taste, Vian's prose is surprisingly accessible, and his fascinating take on the strange logic of human cruelty and inconsistency makes this a worthwhile read.