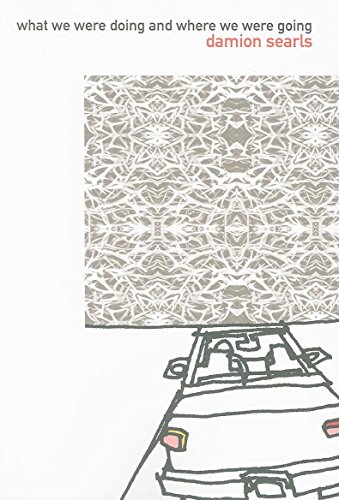 What We Were Doing and Where We Were Going

A too spare debut collection of five elegantly crafted stories by translator Searls (Rilke's ) explores the exquisite indignities suffered by those with rich inner lives. The well-read narrator of the dry â€œ56 Water Streetâ€ attempts to write a novel about a man who circles back to where he came from, much like the fastidious writer himself whose girlfriend is soon to leave him because he is unable to plan what happens next. â€œThe Cubiclesâ€ is a delightful dig at the vacuous â€œ economyâ€ of Northern California, wherein the narrator is ensconced in a nebulous position at the punnily nicknamed Prophet Corp. There, leading a â€œlife of Circean pleasuresâ€ which keeps him from becoming a writer, he chronicles the other sad cube-dwellers. Self-consciously writerly, Searls's work possesses a schoolmarmish charm and hints at the fresh, smart talent he may one day become.