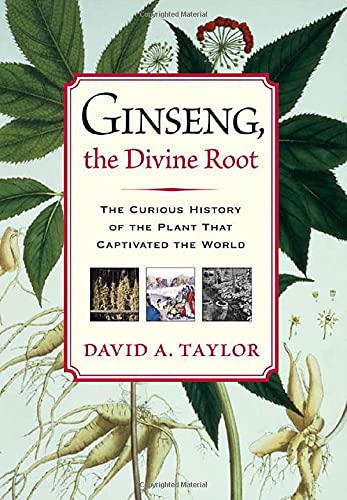 Ginseng, the Divine Root: The Curious History of the Plant That Captivated the World

Take an ordinary root. Endow it with restorative capacities and a pungent flavor a bit like sarsaparilla or anise. Make it elusive to capture, and you've got a commodity worthy of myth—and, in the case of ginseng, one which will inexplicably boom and bust with the dictates of fashion (unless you live in China, in which case it will be omnipresent). The U.S. is experiencing a ginseng boom at the moment—in the more "rational" mid-century period it fell out of favor—evidenced not only by its frequent appearance on package labels but also by this intelligent, wide-ranging account by documentarian Taylor. Skeptical (though ultimately persuasive) about ginseng's subtle but genuine curative powers, Taylor uses the intriguing substance, prevalent in both China and the eastern U.S., as an occasion to ponder the different approaches to medicine in East and West and to present some amusing characters, including traders, experts and the "ginsengers" who hunt the "sang." There's little doubt that ginseng is as beguiling as Taylor's subtitle suggests—even its biggest American booster is wont to claim, paradoxically, that ginseng is good for "everything, and not really anything." Readers may also want to see by Kristin Johannsen (Reviews, Jan. 2).