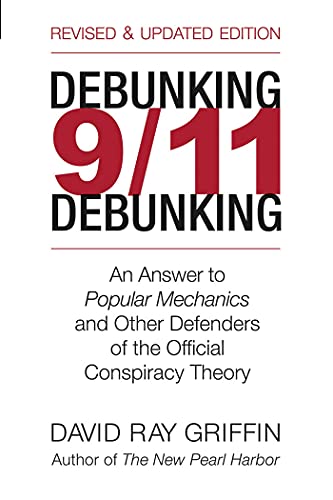 Debunking 9/11 Debunking: An Answer to 'Popular Mechanics' and Other Defenders of the Official Conspiracy Theory

An emeritus professor of theology with no previous interest in conspiracy theories, Griffin has dedicated himself since 2003 to the â€œ9/11 truthâ€ movement, a group committed to â€œexposing the falsity of the official theory about 9/11,â€ and this book is a thorough, highly detailed attempt to do just that. As Griffin aptly notes, â€œthe assumption that conspiracy theories are inherently irrationalâ€ has recently taken root in American culture, making any attack on the official government record instantly dismissible, but Griffin takes to the difficult task with solid reasoning and true zeal. All but the most dogmatic readers will find Griffin's evidenceâ€”from the inconsistencies between NORAD tapes and the to rigorous exploration into the physics of the collapseâ€”detailed and deeply unnerving. For instance, Griffin considers the fact that firefighters were told, five hours before the fact, that building WTC 7 was going to collapse, despite â€œthe fact that WTC 7 was not hit by a plane, that the available photographs show no large fires, and that fire had never caused a steel frame high rise to collapse.â€ Another chilling passage looks at the Pennsylvania crash site of United Airlines flight 93 through the testimony of those first to arrive, who were unanimous in finding â€œno recognizable plane parts, no body parts.â€ For anyone who doubts the government's truthfulness regarding the WTC terrorist attack, this well-researched volume will give you a troughful of ideas to chew on