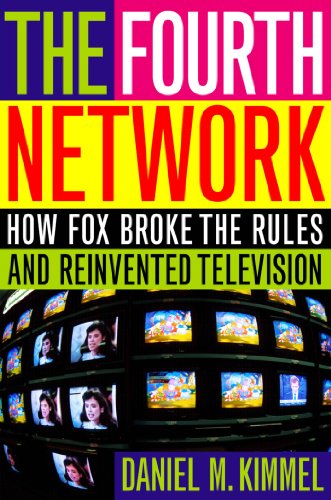 THE FOURTH NETWORK: How FOX Broke the Rules and Reinvented Television

According to Peter Roth, FOX Entertainment Group's former president, the network's formula for success was simple: executives must "be nimble, be opportunistic and be aggressive." Kimmel, 's Boston correspondent, relates how FOX developed this mantra and eventually became a serious competitor to the Big Three networks. The key to the victory was timing and shrewd analysis of market research. FOX's two pioneering tactics, counter-programming and narrowcasting (delivering messages to a select audience), put them on the map. Airing against CBS's was their breakthrough maneuver. FOX may not have won the time slot, but it generated buzz and attracted Gen Xers. By aiming for a sophisticated and upscale demographic, the network was able to lure specific advertisers. This strategy was a radical departure from the established tradition, which aimed at the general population. And on the programming front, the creation of , and cemented FOX's commitment to innovative programming. But Kimmel gives equal time to FOX's snafus. The tortured history of is an object lesson in how egos can destroy an endeavor. Unfortunately, this kind of lively recital is infrequent. Kimmel's primary focus is business and negotiations. Innumerable executives and programmers, many of whom he has interviewed, are rarely portrayed with any distinguishing characteristics (a notable exception is the colorful Barry Diller). This is a solid but rather dry account of the birth of a network and its impact on TV.