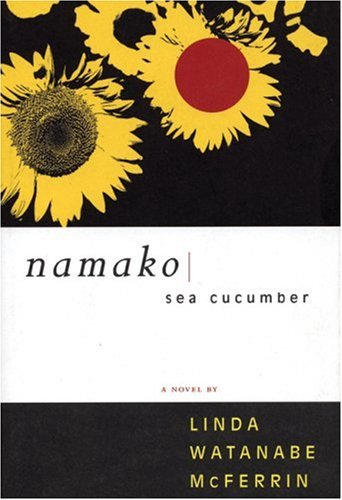 ""It must be horrible to be so strange that nobody knows what you really are."" In this engaging debut, that is the feeling that 10-year-old narrator Ellen shares with the sea cucumber, an exotic creature that seems neither animal nor vegetable; the other meaning of namako is ""raw child."" McFerrin examines a childhood complicated by Ellen's mixed Japanese and American heritage and by her parents' decision to flee their marital troubles by moving to Japan. Not surprisingly, the second circumstance overwhelms the first in importance. After Ellen's early encounter with her austere, disapproving grandmother, the family relocates to a modern house in the country where their neighbors are other American and European families connected, like Ellen's father, with the nearby airbase or its bridge-building project. In this setting, sensitive, artistic Ellen forms a deep friendship, recognizes her young siblings' emotional growing pains and observes the sexual complications of the grown-up world, sometimes at uncomfortably close range--universal events that could just as easily take place in any American suburb. For readers who overcome their expectation of a boilerplate tale of discovering one's roots (and their disappointment over the last chapter, which twists the story unconvincingly in that direction), this vivid, often humorous novel offers a winning young heroine, a complex family and memorable vignettes of a year spent betwixt and between. Agent: Victoria Shoemaker. (Aug.)
close
Details