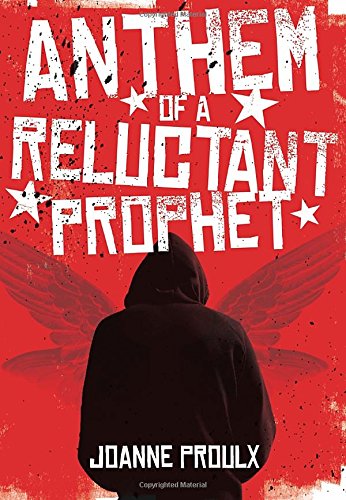 Anthem of a Reluctant Prophet

A teenager's gift of premonition becomes a curse in Proulx's confident debut. It's the fall of 2002 in Stokum, Mich., a “rank little pinprick of a town,” where a night of pot smoking brings about Luke Hunter's prediction that his friend Stan will be crushed by a red van with out-of-state license plates. When the random prophecy comes true, a “media madhouse” infiltrates Luke's quiet life while his parents remain confused and frustrated. Dubbed the “Prophet of Death,” Luke experiences more “death flashes” that become reality. Terrified by his new ability, Luke gets a prescription for a powerful sedative, which stops the visions for a while, but soon they—and his general disillusionment with life—return. As Luke tries to make peace with his psychic abilities, he crushes out on a girl at school and is the subject of an attempted religious intervention. Though a couple of plot points are left unexplained or unresolved, Proulx channels the ennui, insecurity and inner yearnings of a teenage boy to produce a fast-moving tale of struggling youth that has a great potential for YA crossover.