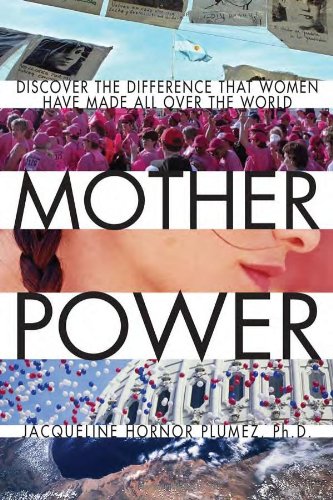 Plumez, a psychologist and career counselor, admits that until a few years ago, she would have called "mother power" an oxymoron. Like many, she grew up watching fathers wield power, using their strength to often bend, if not break, the wills of the women in their lives, discouraging them from engaging in activities where they would find strength, courage and purpose. It wasn't until she was vacationing in Argentina as an adult that she saw mother power at work, among a group of uneducated, loosely organized, grieving women, the Mothers of the Plaza de Mayo. Their weekly rallies protesting the "disappearance" of their sons, daughters and husbands eventually led to the collapse of the corrupt government in 1983. Plumez fills her meandering book with stories of like-minded women who chose not to suffer silently, from women who work for peace in Northern Ireland to a teacher in the South Bronx who has curbed a longtime local epidemic of fighting between students. The usual suspects are here (e.g., Mothers Against Drunk Driving), along with some lesser-known mother heroes, like Daryl Roth, a playwright who nurtures actors as if they were her own family. The psychologist in Plumez reminds readers of the skill most little girls acquire—"tend and befriend"—which replaces the "fight or flight" mindset adopted by many boys. This feminine trait manifests in her stories. But because of its breadth (Plumez covers everything from sex education to corporate polluters and racial strife), the book's central theme is hard to grasp. Part homage to strong women, part self-help guide to taking control, this work inspires.