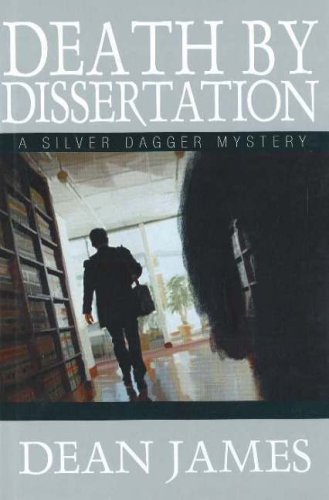 Graduate student Maggie McLendon, who had a starring role in James's (2000), returns to play a secondary role in this uneven tale of academic skullduggery. Andy Carpenter's routine is totally disrupted when the Houston Ph.D. candidate (in medieval history) discovers sharp-tongued fellow grad student Charlie Harper lying on a couch in the university library with his head bashed in. The campus police, who have primary responsibility for investigating this crime and a subsequent murder, don't hold a candle to Andy, whose seemingly insatiable appetite for gossip leads him into a morass of sexual liaisons (mostly kinky or gay), plagiarism, blackmail and intellectual theft. If the supporting cast is largely one-dimensional and unengaging, the earnest, wry Andy makes an appealing narrator. And if the Nancy Drew-ish sleuthing doesn't mesh particularly well with the graduate-school setting, James keeps the killer's identity shrouded to the end as motives and opportunities apply to any number of suspects.