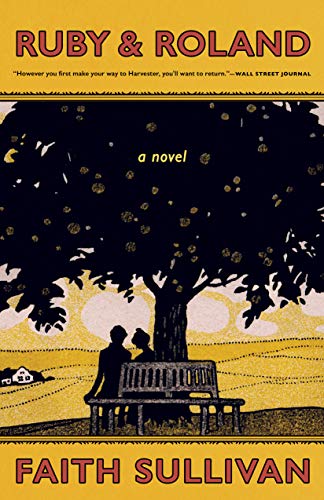 Set in the early 1900s, this moving tale from Sullivan (Good Night, Mr. Wodehouse) centers on the romance between a farmhand and a farmer. Ruby Drake is orphaned at age 12 after her parents freeze to death. Her last living relative, a great aunt, refuses to take Ruby in, and Ruby drifts from town to town as a hired hand, eventually making a home in Harvester, Minn., where she works on the farm of Henry and Emma Schoonover. There, Ruby grows into her own as she’s guided by hard work, the stories and characters in her late mother’s books, and Emma’s nurturing friendship. She also falls irrevocably in love with Roland Allen, the handsome, hardworking, married farmer next door. The two begin an affair, and after Roland’s wife, Dora, injures herself in a failed suicide attempt, Ruby unexpectedly becomes Dora’s caregiver and confidante. Torn between her love for Roland and her growing camaraderie with Dora, Ruby must decide whether to eke out her destiny away from the man, land, and community she loves or continue to exist within an impossible compromise. Fans of Jane Eyre will adore the intelligent, brazen Ruby whose combination of pragmatism and besottedness is winningly sympathetic. Replete with agrarian nostalgia and crisp prose, Sullivan’s quiet tale is a wonderful, arresting meditation on sacrifice. (Sept.)
close
Details