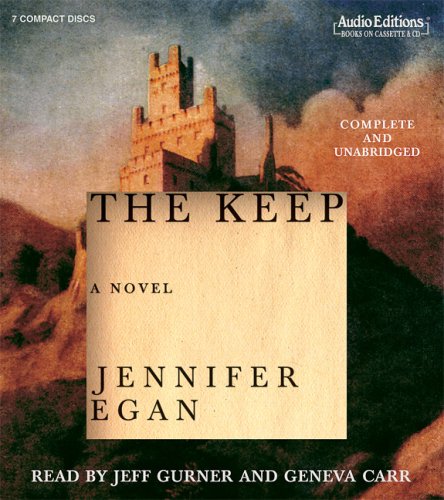 When Gurner reads conversations, he announces the name of the person before reading the dialogue. This technique is as annoying as it is helpful, making the recording sound more like a grade school teacher reading aloud rather than a sophisticated audiobook production. Inmate Ray is working on a gothic novel at his prison's writing workshop. Eagan alternates chapters between him in prison and the adventures of his alter ego, Danny, within the novel. The speech patterns of Ray's fellow inmates are nicely individualized, but the women who inhabit the embedded novel are too similar. Geneva Carr appears only in the third part of the novel (on the last disc). As the voice of Ray's creative writing teacher and love interest, Carr explores the complexities of a woman who falls for a prisoner and makes listeners wish she'd had more to do in this production. is a clever, quirky novel that ping-pongs the listener between a medieval castle that kept people out and a modern prison that fences people in until the two worlds collide.