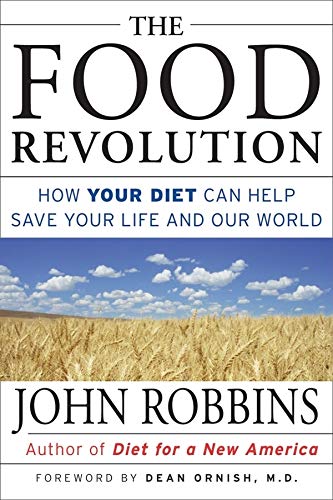 THE FOOD REVOLUTION: How Your Diet Can Help Save Your Life and the World

What can we do to help stop global warming, feed the hungry, prevent cruelty to animals, avoid genetically modified foods, be healthier and live longer? Eat vegetarian, Robbins () argues. Noting the massive changes in the environment, food-production methods, and technology over the last two decades, he lambastes (in a manner less tough-mindedly restrained than Frances Moore Lappé's classic ) contemporary factory-farming methods and demonstrates that individual dietary choices can be both empowering and have a broader impact. Robbins, heir to the Baskin-Robbins ice-cream empire (he rejected it to live according to his values), takes on fad diets, the meat industry, food irradiation, hormone and antibiotic use in animals, cruel animal husbandry practices, the economics of meat consumption, biotechnology and the prevalence of salmonella and . Some details are downright revolting (euthanized dogs and cats often are made into cattle feed), horrific (some 90% of cows, pigs and poultry are still conscious when butchered) and mind-boggling (it takes 5,214 gallons of water to produce one pound of beef). Despite all this and more distressing information, Robbins ends on a hopeful note, detailing growth in organic farming, public awareness and consumer activism worldwide, as well as policy changes, especially in Europe. Well researched and lucidly written, if sometimes overly sentimental and burdened by clichéd rhetoric, this book is sure to spark discussion and incite readers to examine their food choices.

Diet for a New America