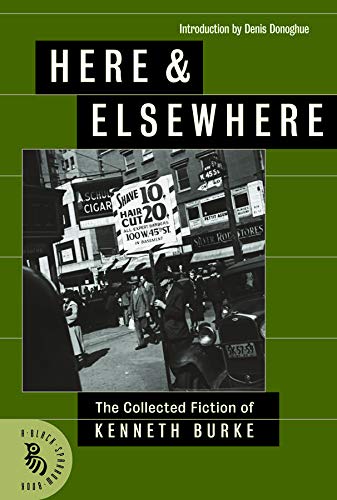 Here and Elsewhere: The Collected Fiction of Kenneth Burke

This collection brings together the major fictional works of poet, critic and literary theorist Burke (1897–1993), one of the most unusual and adventurous American writers to explore mid-century modernist concepts and prose styles. The book presents Burke's dreamy, ethereal novel, (1932 and later revisions), as well as 20 stories that showcase his wild imagination, which can be as frustratingly inaccessible as it is brilliantly luminous, often within the span of a few paragraphs. The novel presents the epistles of John Neal, a worldly yet romantic ascetic who waxes philosophical about his love for paramour Florence, offering potent but often elliptical meditations on the nature of character, love, happiness and a wide array of other universal themes—before delivering her into the arms of another man. The short stories are poetic but oblique: "Parabolic Tale, with Invocation" summarizes the essence of the conflict between old and young in a few brief paragraphs; "The Anesthetic Revelation of Herone Liddell" presents the wild fantasies of a man who has had hernia surgery; "The Book of Yul," a dream narrative, presents a powerful crucifixion ceremony. Burke's sentences offer surprises that make this minor period work a worthwhile read, but don't expect it all to hang together.