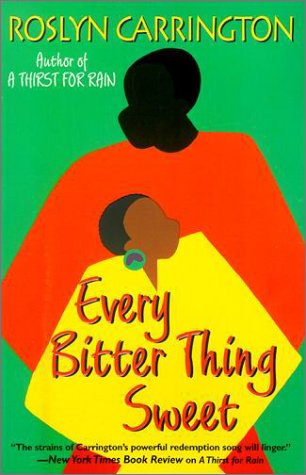 Borrowing a line from Proverbs for her title, Carrington reintroduces characters from her previous novel, , in this often bleak account of three generations of people struggling to make better lives for themselves on the island of Trinidad. Rory and Odile have not seen one another since an awful incident that drove them apart several years ago. Now Rory delivers drugs to pharmacies and is having a halfhearted affair with an older, married woman. His mother disappeared years ago, leaving him alone with his father, Saul, a sadist who pawns off Rory's possessions to buy alcohol. Odile works at the Smiling Dragon—a bar, casino and brothel—as a barmaid, having given up on her hopes for an education and a better life after a miscarriage. She finds some comfort in her relationship with Vincent, the grandson of Miss Ling, the formidable owner of the establishment. She and Rory meet again through a series of coincidences, and they discover that the past that haunts them both must be reexamined. Although the story centers around Odile and Rory, Carrington spends plenty of time fleshing out the cast of supporting characters. This adds texture and plausibility, but her insistence on switching points of view from chapter to chapter proves distracting and unnecessary. The psychological underpinnings throughout are too transparent to lend any subtlety, but the plot moves along briskly, helping to shore up the narrative in its weaker moments. Carrington's greatest strength lies in her descriptions of everyday life in Trinidad. Upon this foundation she builds a believable and ultimately hopeful story, despite the oppressive poverty and personal demons against which her characters struggle.