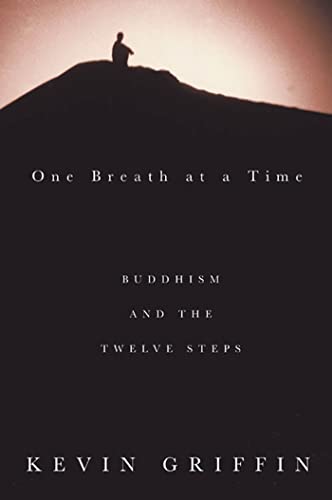 ONE BREATH AT A TIME: Buddhism and the Twelve Steps

Meditation teacher and author Griffin discovered that his Buddhist practice deepened as a result of the 12-step program that freed him from addiction. In examining the relationship of Buddhism and the steps, he learned to escape spiritual traps endemic to the culture of addiction, namely, instant gratification and nihilism. He writes that many addicts are dissuaded from attending 12-step meetings because of the Christian tenor exemplified by faith in a Higher Power. Buddhists in particular are encouraged to wordlessly contemplate , yet for addicts, retreat-style meditation without sponsorship may become another alcoholic behavior: in the last days of his drinking, "walking around smashed saying, 'I'm just a drunken Buddha' " exemplified Griffin's deeply nihilistic version of the concepts of No-Self and the Mahayana principle that everything is a manifestation of Buddha Nature. Intermediary steps that call for personal inventory and interpersonal sharing of past transgressions may seem at odds with the solitary meditation-based practice of letting thoughts dissolve into a reality of "right here, right now," but Griffin says such sharing is part of the Buddhist principle of Right Speech. One theme in this valuable book is that for some, 12-step meetings offer a cohesive when Western Buddhism does not meet the need for honest group support. In the final steps, Griffin learns to let go of the "I," to resist belief in a single transcendent experience and to instead rely on the gentle vigilance exacted by regular meditation, sponsorship and meeting participation.