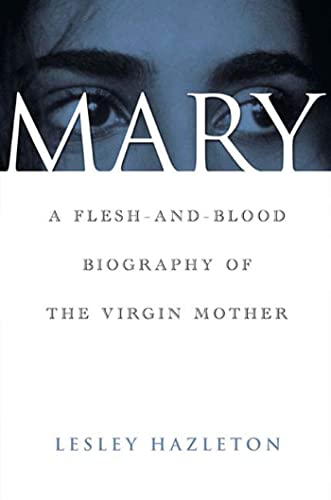 MARY: A Flesh-and-Blood Biography of the Virgin Mother

Readers who loved the phenomenally popular fictional chronicle of Jacob's daughter Dinah in Anita Diamant's will find this book about Mary, the mother of Jesus, just as enthralling. Hazleton, who spent 13 years living in and reporting from Jerusalem, has clearly done her scholarly homework, displaying a solid knowledge of Jewish history, ancient religions and the various Christian sectarian movements that sprang up after Jesus' death. She also knows how to write a page-turner, using vivid vocabulary and attention to detail to keep the audience on edge. Her Jesus is akin to the peasant agitator described by many contemporary liberal biblical scholars, and her Mary is a healer, a villager whose birthright is Jewish resistance against Roman rule. This Mary sees no conflict between worshipping the virgin goddess Isis and the Jewish Yahweh. But Hazleton's willingness to move from the bare-boned New Testament references to her own feminist and anti-fundamentalist brand of speculation and assumption may be a real problem for readers who expect anything like a traditional biography. Others may disagree with her assertion that "a degree of polytheism is built into Catholicism in the idea of the Holy Trinity, for example, and in the vast panoply of saints to whom believers pray." While this book probably won't capture the hearts of theologically conservative readers, it certainly should have appeal for those tantalized and often frustrated by the great gaps of biographical detail in the New Testament accounts.