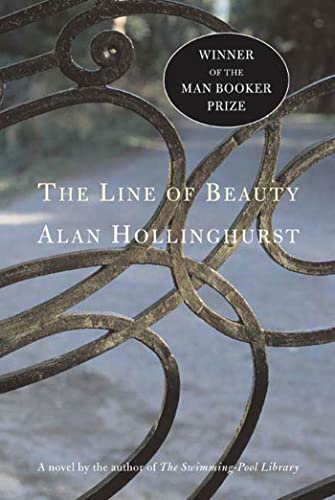 THE LINE OF BEAUTY

Among its other wonders, this almost perfectly written novel, recently longlisted for the Mann Booker, delineates what's arguably the most coruscating portrait of a plutocracy since Goya painted the Spanish Bourbons. To shade in the nuances of class, Hollingsworth uses plot the way it was meant to be used—not as a line of utility, but as a thematically connected sequence of events that creates its own mini-value system and symbols.

The book is divided into three sections, dated 1983, 1986 and 1987. The protagonist, Nick Guest, is a James scholar in the making and a tripper in the fast gay culture of the time. The first section shows Nick moving into the Notting Hill mansion of Gerald Fedden, one of Thatcher's Tory MPs, at the request of the minister's son, Toby, Nick's all-too-straight Oxford crush. Nick becomes Toby's sister Catherine's confidante, securing his place in the house, and loses his virginity spectacularly to Leo, a black council worker. The next section jumps the reader ahead to a more sophisticated Nick. Leo has dropped out of the picture; cocaine, three-ways and another Oxford alum, the sinisterly alluring, wealthy Lebanese Wani Ouradi, have taken his place. Nick is dimly aware of running too many risks with Wani, and becomes accidentally aware that Gerald is running a few, too. Disaster comes in 1987, with a media scandal that engulfs Gerald and then entangles Nick.

While Hollinghurst's story has the true feel of Jamesian drama, it is the authorial intelligence illuminating otherwise trivial pieces of story business so as to make them seem alive and mysteriously significant that gives the most pleasure. This is Nick coming home for the first and only time with the closeted Leo: "there were two front doors set side by side in the shallow recess of the porch. Leo applied himself to the right hand one, and it was one of those locks that require tender probings and tuggings, infinitesimal withdrawals, to get the key to turn." This novel has the air of a classic.