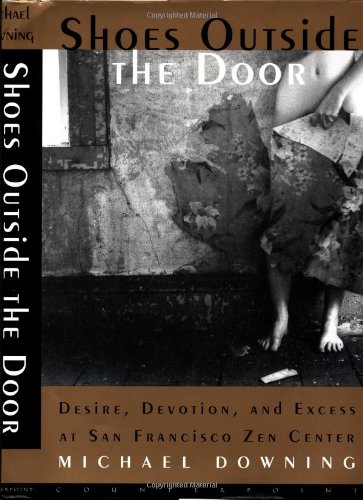 SHOES OUTSIDE THE DOOR: Desire, Devotion, and Excess at San Francisco Zen Center

This intense investigation/indictment from novelist Downing ( etc.) uncovers the alleged abuses of power of Richard Baker, former abbot of the nation's most influential Zen center. Downing devoted three years to exploring how and why Baker, the only Dharma heir of Shunryu Suzuki, the founder of San Francisco Zen Center (SFZC), was toppled from the abbacy of SFZC by popular demand in 1983. He interviewed more than 80 participants in Baker's rise and fall, not including the disgraced abbot himself, who sent Downing a letter explaining his position. Downing tells the story with a novelist's attention to character and detail, and what unfolds is a gripping account of how the bright and charismatic Baker helped Suzuki and Zen gain a foothold in the West; took over SFZC; expanded its activities dramatically (by, among other initiatives, creating the fabled Greens restaurant); grew increasingly alienated from his followers while surrounding himself with celebrities and physical luxury; and finally stumbled by having an affair with the wife of one of SFZC's main backers. The problem with the book, and it's a serious one, is that Downing takes sides; for example, he refutes point by point the text of Baker's letter to him. What might have been a grand account of the making of a tragedy, then, is instead a mitigated tale of villainy. Yet because the debacle at SFZC holds lessons for anyone who cares about how religious structures, perforce hierarchical, can and should operate within a democratic society, this book deserves a wide reading, and not only by the many Buddhists who will buy it lickety-split.