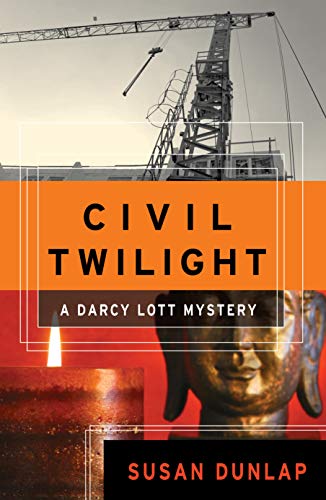 In Dunlap's absorbing third mystery to feature San Francisco stuntwoman Darcy Lott (after 2008's ), Darcy's lawyer brother, Gary, persuades Darcy to entertain Karen Johnson, a mysterious client of his. Karen claims to be in the midst of divorcing her former football star husband, who turns out to have known her as Alison. Later, Karen appears to commit suicide by jumping off a high-rise building onto a busy freeway. Why would Karen kill herself? As Darcy probes into Karen's past, she uncovers Karen had a number of false identities, possibly including Sonora Eades, the accused killer of a famous cookbook author stabbed 25 years earlier. Darcy, a practicing Buddhist, keeps recalling a koan question Karen mentioned during their brief acquaintance, “How do you step off the hundred-foot pole?” Dunlap's Zen-spirited crime-solver finds a complicated answer via a scary confrontation with an unexpected killer.