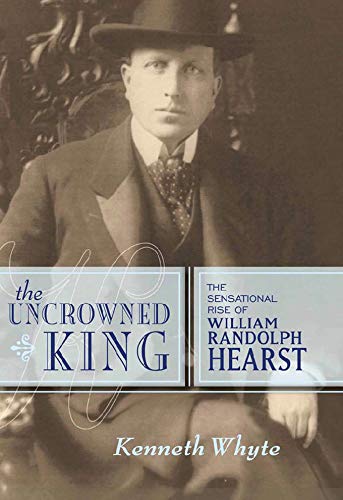 The Uncrowned King: The Sensational Rise of William Randolph Hearst

The conventional understanding of newspaper magnate Hearst as haunted megalomaniac, cynical purveyor of prurience and jingoistic instigator of the Spanish-American War gets a major challenge in this scintillating biographical study. editor Whyte covers the years from 1895 to 1898, when Hearst took a revamped to the top of the newspaper market by way of a bitter circulation war with Joseph Pulitzer’s rival . Whyte styles Hearst a brilliant and creative media entrepreneur with a gift for managing high-strung (and often drunken) subordinates, progressive politics and a sincere social conscience that animated his paper’s crusading journalism. Even Hearst’s agitation for war with Spain, Whyte contends, was more justifiable and journalistically responsible than is thought—and may have helped forestall a “genocide” in Cuba. Whyte considers the “yellow journalism” slur often hurled at Hearst a compliment; he finds the to be “a demanding, sophisticated read” that used emotion and drama to draw readers into reporting of real significance. No slouch himself when it comes to colorful profiles and engrossing narrative, Whyte makes Hearst’s rise an entertaining saga of newspapering’s heroic age, when the popular press became an unofficial pillar of democracy. Photos.