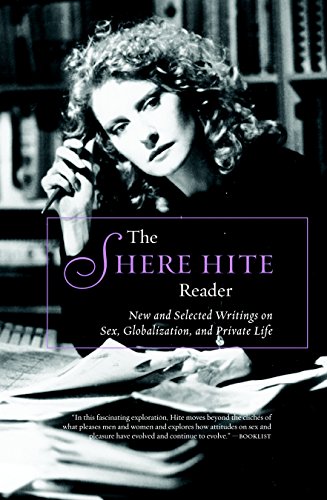 Somewhere between social science and pop sexology, this volume collects 40 years' worth of Hite's writings on the role of sex in our individual identities and our culture. Hite, a controversial figure when she emerged in the 1970s as an outspoken sex educator and feminist, has revised and condensed her best-known works as well as shorter essays and unpublished writings. Most of the book is founded on Hite's interviews and surveys of thousands of Americans, and while some have criticized her methodology, Hite's work is most compelling when she stands back and lets her respondents speak, openly grappling with the nuances and motivations of their sexual practices. Many of Hite's earlier conclusions seem surprisingly mundane (perhaps a testament to how far we've come in recent decades), and her more recent analysis of globalization and sex lacks the solid empirical foundation of previous Hite reports. By flattening decades of work into a single volume without offering the context in which that work emerged or its subsequent impact, the volume leaves readers with a general sense of the scope and breadth of Hite's ideas, but no greater understanding of where they fit in the big picture of research on human sexuality.