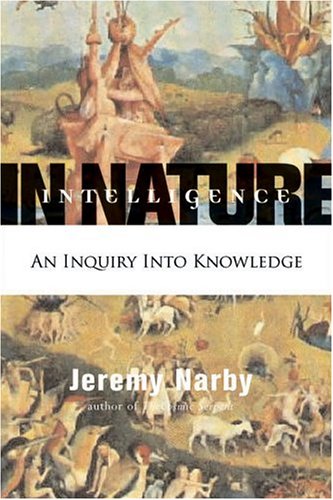 INTELLIGENCE IN NATURE: An Inquiry into Knowledge

In , anthropologist Narby hypothesized that Amazonian shamans can "gain access in their visions to information related to DNA" comparable to what molecular biologists know. In this intriguing treatise, he carries his project of syncretizing all forms of knowledge a step further, arguing that animals and plants exhibit intelligence comparable in many ways to that of humans. His shaman friends heartily endorse the idea, regaling him, over a friendly pot of hallucinogenic brew, with conversations they have had in the trance state with animal and plant spirits. For further confirmation, he talks to Western scientists who have done remarkable research on cases of nonhuman intelligence, like bees with abstract reasoning, crows that manufacture standardized tools, pigeons that distinguish between the works of Van Gogh and Chagall about as well as college students do, octopuses that break out of and into their tanks and slime molds that solve mazes. Scientists may find Narby's ongoing efforts to assimilate shamanic mysticism to Western science—he associates, for example, Amazonian legends about humans turning into jaguars with Darwin's theory of evolution—naïve and illogical. But Narby has done his homework—the endnotes themselves make excellent reading—and his well-researched and engagingly presented account of the "braininess" of even literally brainless creatures raises fascinating questions about the boundaries between man and nature.