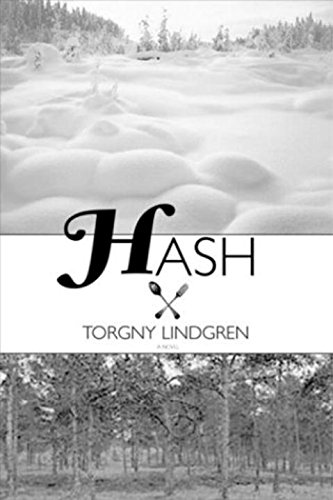 Two seekers pursue the perfect plate of hash, and, by extension, the force of life in Lindgren's sparkling novel (after and ). In 1947, a newspaper reporter is fired for fabricating stories ("The dramatic week-long struggle to rescue an elk from Höböck Marsh," his editor accuses him, "never took place.... [and t]here has never been a turkey farm ravaged by a bear in your district") and forbidden to write another word. For more than five decades the reporter doesn't put pen to paper. As a 107-year-old inmate in the Sunnybank Rest Home, he returns, after his editor dies, to the story he left unfinished, which concerned two newcomers to the Swedish village of Avabäck, site of a tuberculosis epidemic. Schoolteacher Lars Högström picked the post ("pulmonary tuberculosis [is] closest to my heart," he quips) while Martin Bormann was an escaped Nazi war criminal then calling himself Robert Maser. United by their love of music and passion for hash, Maser (posing as a traveling fabric salesman) and Högström had set off on a quest to sample all of the region's hashes, a journey at once comical and sublime. Hash, whose foul ingredients (hooves, offal, entrails, grain, etc.) add up to a surprising delicacy, symbolizes life, love, art and mercy. Tuberculosis—a "fickle" disease that leads, Maser suggests, to "[m]odernist poetry. Atonal music. Anarchic political programs.... pure and simple idiocy," represents, among other things, death's power to make life more precious. Above all, this sly and gleeful novel is about storytelling itself, about how fiction—even fiction cooked up from a recipe of grotesqueries and absurdity—can contain fundamental truths.