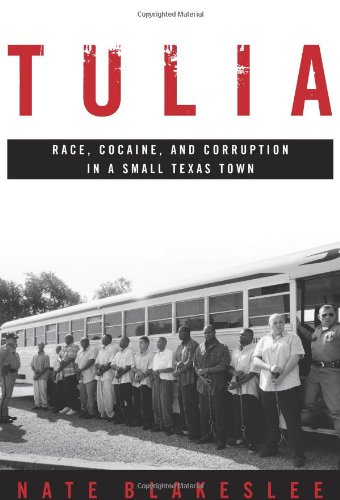 Tulia: Race, Cocaine, and Corruption in a Small Texas Town

Those familiar with the travesty of justice that led to multiple bogus drug arrests in the small Texas town of Tulia only from newspaper accounts will be outraged anew at this eye-opening narrative that bears comparison to such courtroom and litigation classics as . This devastating indictment of the toll taken by the war on drugs, viewed through the prism of one small community, is a masterpiece of true crime writing. Award-winning reporter Blakeslee broke the story for the in 2000 and has produced a definitive account, deftly weaving the history of the growth and decline of Tulia with the stories of those caught up in the racist frame by narcotics officer Tom Coleman. The defendants, their families and their attorneys come across as three-dimensional individuals, consistently engaging the reader despite the wealth of details and the intricacies of the appellate process. Vanita Gupta, the young defense lawyer fresh from law school who made the NAACP Legal Defense Fund take notice with her dedication, is especially memorable. As with Errol Morris's film exposing corrupt Texas law-enforcement, this haunting work will leave many wondering how many other Tulias there are out there.